Bass Nomad isn’t necessarily a “Who” as much as a “What”. We’re a family of hyper-creative explorers who just happen to be handy with cameras, fishing rods, video-editing software, microphones, bows, guitars, shotguns, and the good old pen-and-ink.

We live in and operate out of the Emerald City of Seattle, but spend the majority of the year traveling this beautiful country, experiencing the people and places that make America great. We hit every Bassmaster Elite Series tournament, almost every FLW Tour event, and several other fishy hot-spots in between.

Bass Nomad specializes in conveying the “behind the scenes” world of professional fishing through awesome imagery, compelling video, and crafty written word.

The work we do

As the name might suggest, the foundation of our content creation lies in the professional bass-fishing world: we specialize in effective brand-based content consisting of photography/imagery, videography and writing in the form of feature stories, blogs/columns, social media content, and press releases for companies in the fishing and hunting industries.

We’re not limited to bass, though. We have hands-on experience in everything from salmon to swordfish, and from mule deer to mahi-mahi.

We’re in this mainly because we like to tell good stories, and love to help people achieve their communications goals. We recognize and capture the kind of compelling content that helps enhance brand marketing, captures the all-important “presence of mind”, and improves product awareness across all media platforms.

Check out a little of our work, give us a shout if you need some help!

We were there for history when Rick Clunn, son River and friend Skeet Reese carried Clunn’s winning bag to the stage at the St. Johns River. Photo by Joel Shangle.

Jacob Powroznik was a threat to pull out a win in the 2015 Bassmaster Classic on Lake Hartwell thanks to spotted bass like this. Photo by Joel Shangle.

Mike Iaconelli made a charge at the 2015 AOY thanks to smallies like this Sturgeon Bay beast. Photo by Joel Shangle. 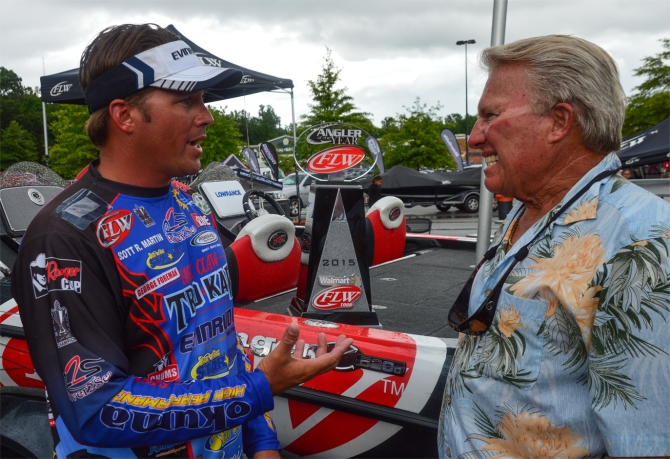 Livingston/Garmin pro Brent Chapman brought over 23 pounds to the scale on this day at the St. Johns River. Photo by Joel Shangle.

Livingston pro Stetson Blaylock was a scary beast thanks to these two giants caught on the Kissimmee River chain. Photo by Joel Shangle. 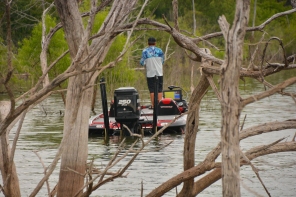 One of the biggest fish you’ll see anywhere: Garmin pro Ramie Colson’s 11-plus pounder to kick off the 2015 season. Photo by Joel Shangle.

Jordan Lee’s rookie year was puncutated by the biggest smallie of his life, this Stugeon Bay pic. Photo by Joel Shangle.

Best pheasant hunting in the world? Not the Dakotas, but eastern Washington. Photo by Joel Shangle.