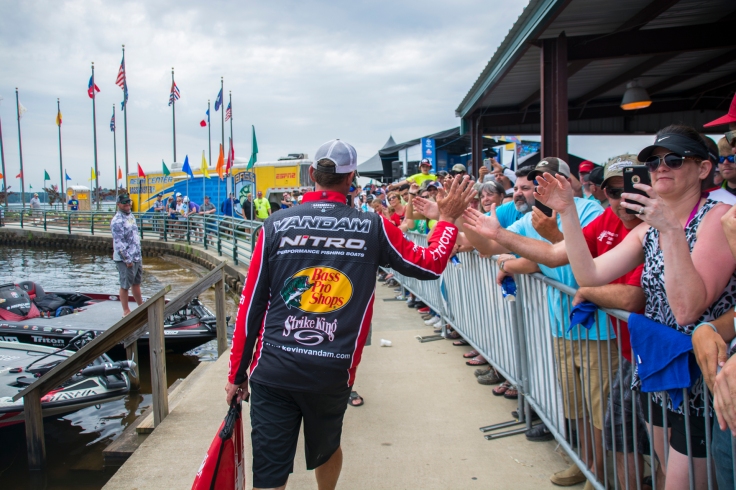 The victor’s march: Kevin VanDam carries his winning bag to the stage on Champ Sunday. Photo by Joel Shangle.

KVD claimed the lead with this Day 2 hawg and never looked back. Photo by Joel Shangle. 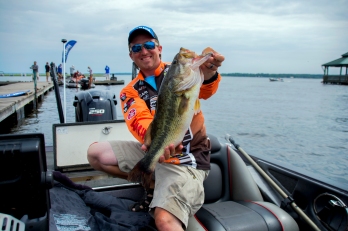 Paul Mueller made it interesting with a giant bag on Champ Sunday. Photo by Joel Shangle. 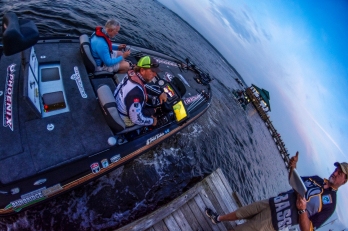 JTodd Tucker heads out into the overcast Louisiana heat on Day 1. Photo by Joel Shangle. 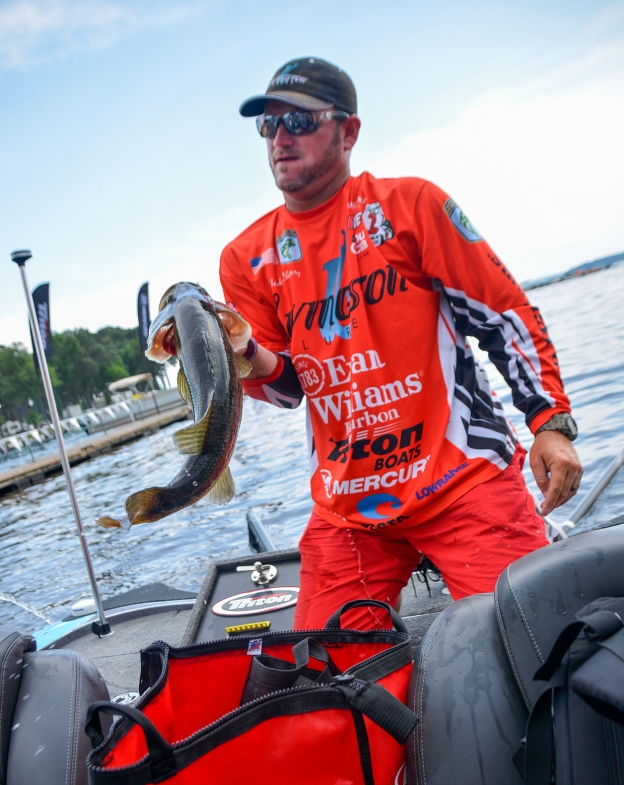 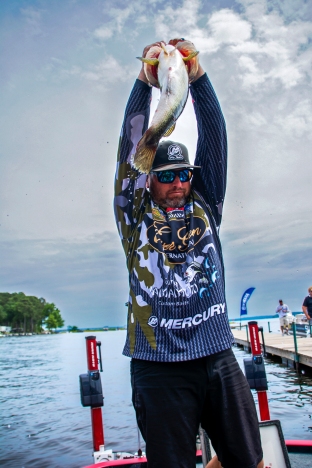 Epic Fish Pull of the Year goes to Brett Hite with this giant. Photo by Joel Shangle.

Yep, we ate crawfish until we couldn’t eat no mo’. You would too if Tony Cachere was cooking them! Photo by Joel Shangle.

Justin Lucas picks his way through a grass pocket in Bridge Bay. Photo by Joel Shangle.

MANY, Louisiana – Was it just me, or did everything feel just a little surreal at Cypress Bend Park during the recent Toledo Bend Elite Series event? I mean, was it just the dizziness I felt from spinning around like the Tasmanian Devil, trying to decide which giant largemouth to photograph?

Because there were bunches of them.

Or, was it just the up-close-and-personal view some of us had of Kevin VanDam reminding the rest of the bass world: “Hey. I’m still Kevin VanDam.”?

As was chronicled heavily in the days surrounding VanDam’s runaway win at Toledo Bend, it had been six long years since “The Man” had hoisted his last B.A.S.S. major trophy. And although he didn’t say it outright, you could tell that KVD was just a tiny bit salty about the quiet little questions of “What’s happened to Kevin VanDam?”

And so he went out onto Toledo Bend with oversized crankbaits, powered through four exhausting days in the Louisiana sun, and kicked some ass.

Bass Nomad was fortunate to have a front-row seat for the whole show. Here’s a glimpse at how it all looked.
-Joel Shangle