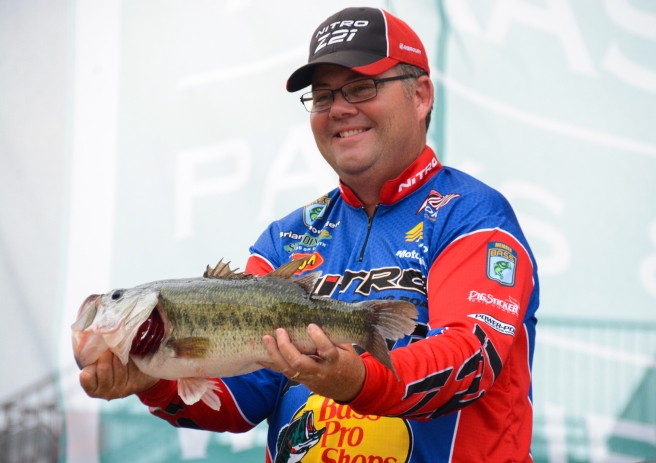 Kevin VanDam was still on a big-fish roll from Toledo Bend. Photo by Joel Shangle. 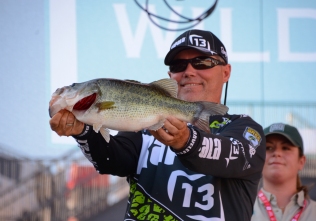 Dave Lefebre brought a fattie to the stage on Day 1. Photo by Joel Shangle.

Edwin Evers rolls in under the full moon, Day 2. Photo by Joel Shangle. 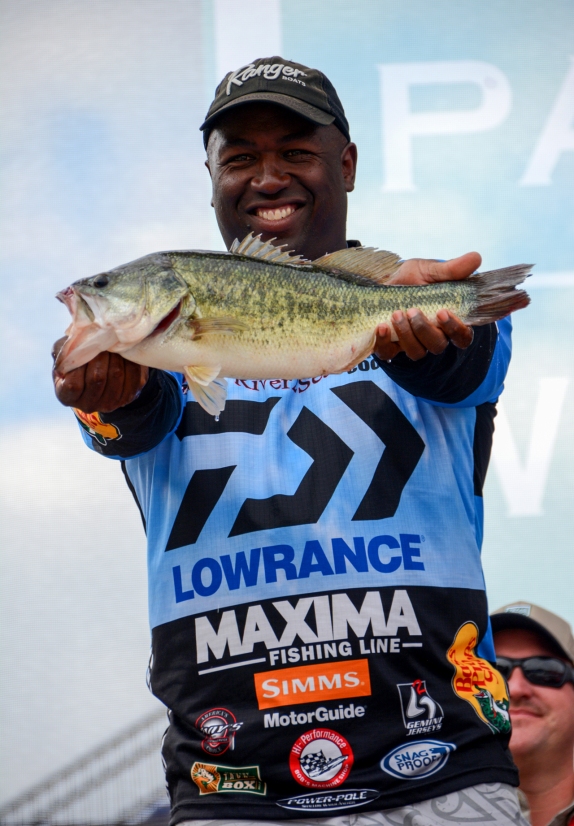 Ish Monroe brought not one but two Texas “overs” to the TTBC stage. Photo by Joel Shangle.

Day 1 launch saw the All-Star team of the FLW Tour and Bassmaster Elites ready to roll. Photo by Joel Shangle.

Luke Clausen worked his way to a third-place finish in the TTBC. Photo by Joel Shangle.

FRISCO, Texas – I don’t know how else to put this, so I’ll just come right out with it: I hope we didn’t just witness the death of the Toyota Texas Bass Classic.

Anyone who came out to Toyota Stadium in Frisco, Texas a few weeks ago to witness what had previously been the biggest, most raucously badass independent bass-fishing event in the world probably felt like they had misread the dates. I fully confess that, as the 5:30 p.m. weigh-in time approached on Day 1, I kept glancing at my watch, wondering to myself “Wait … do I have the wrong time?!?”

An event that had previously drawn an estimated 20,000 to 27,000 people a year to the muddy fields in Conroe and tiny Quitman drew a Dallas/Fort Worth metroplex audience that could generously be measured in the hundreds on Days 1 and 2.

That’s a decent draw at an Open or Costa Series event, but the TTBC? That grand, rowdy barn party that Toyota has thrown at Lake Fork and Lake Conroe? Ouch. What a bummer.

You have to applaud Toyota and event organizers for thinking big with the newly created Toyota Texas Fest – a well-attended bass weigh-in at a 20,500-seat soccer stadium would be flat awesome! – but I don’t love the idea of taking the event out of a location where it’s truly a BIG! DARN! DEAL! and moving it to a stadium where it has to compete with … well, everything else that exists in a metroplex of 7.1 million people.

Perhaps the concerts were better attended – I didn’t stick around to watch – but even if they were, it benefited the TTBC/tournament portion of the event not at all. Staging for the event had Dave Mercer and the competitors shuffled over to the northwest corner of the stadium, a good distance away from the main stage.

That was the beauty of previous TTBCs: even if 23,000 of the 25,000 Texans in attendance were there to see Pat Green or the Eli Young Band, they still cheered like fanatics when Keith Combs brought a 10-pound Lake Fork giant to the big stage.

The event still doled out an enormous benefit to the Texas Parks and Wildlife Department to the tune of $250,000 (fast approaching $3 million total), but simple business metrics tells me that a large stadium + performer fees + operating costs – an audience is a bad model, even with healthy sponsor support.

We’ll see how it all works out. I hope the TTBC is back to its former glory next year, because, you know, I love a good ol’ rowdy barn party.
-Joel Shangle